Wondering how many folks in our slice of the fediverse are queer. 🏳️‍🌈

(Boosts fine but no worries.)

(Redrafted to fix a wording, sry!)

Airman Tilley   @sean@social.deadsuperhero.com
@packbat Though I am fine of the term Queer, I'm not always sure what it applies to.

@sean Cis bi/pan people are absolutely queer if they want to adopt the label - it's a pretty broad umbrella!

@sean yes is you are bi/pan you are most definitely queer. Cis is about whether your birth proscribed gender matches your conscious gender

@liaizon @sean The definition/isolation of "queer" as distinct from "other LGBTQIA+" bothered me too (especially since it renders the Q in LGBTQIA+ redundant). Without further context, I chose conservatively to place myself in the "other" category.

@Juju @sean Saying "I'm bi/I'm pan and that makes me queer" is absolutely valid. Likewise ace, polyam, aro, demi, nonbinary, trans, and so on, singly and in combination. "Queer" does have more specific meanings for some people, but it is also an umbrella term for the 🏳️‍🌈 community that everyone in this community has a valid reason to adopt if they choose. If you have a marginalized orientation or gender, if you don't fit the cisheteronormative "normal", you can wear the label.

the first pride was a riot   @thefirstpridewasariot@todon.eu

@packbat @Juju @sean also intersex so i guess monobinaryperiallocisheteronormativity? (sorry if i missed an identity category)

@thefirstpridewasariot I actually don't know much at all about the relationship of intersex folks to the label "queer" specifically? But you're absolutely right that perinormativity is part of the picture too - the "I" is in the acronym because the same systems harm us both.

the first pride was a riot   @thefirstpridewasariot@todon.eu

@packbat afaik queer applies to anyone in the gssrm community

@packbat Technically, the answers reflect the subset of folks who respond to the survey, not all those who belong to this fediverse

@matias93 I think the post's had a little bit of penetration into the FOSS side of the fediverse community, which we'd expect to skew less 🏳️‍🌈

@packbat makes sense. Also, paints a more general image of the the fedi

@matias93 albeit a less specific image of our slice of it!

it's definitely telling that the percentage queer has trended downwards as the poll has gone on with respect to that, though.

@packbat I'm like 3 layers into the LGBTQIAP+ community so I figure otherwise would likely be more accurate?

@LiziPancake That's fair! We were thinking that not every LGBTQIAP+ person puts themselves down as queer and wanted to acknowledge that folx can be 🏳️‍🌈 but not queer. Makes sense to say, "those other identities are more important", though.

@packbat Ah, it makes sense to offer the option! I guess I don't mind being seen as just queer or as exactly what identity I have, just saying queer is easier tbh 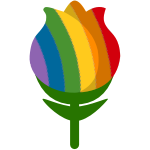 @packbat does non-binary count? I have a huge LBGT++ imposter syndrome, since I don't fit in the first four letters.

@packbat well, actually I don't get the difference between queer and LGBTQI+ both are the same to me. Maybe queer could be "other than some well defined of the LGBTI" but since you got the Q and the + in the LGBTQI+ I dont see the difference.

@packbat you lost me. What does the Q in your LGBTQIAP+ meen ???

@botaflo "Queer" or "Questioning", usually. I know "LGBT+" and "LGBTQ+" are the most common, but we tend to go for "LGBTQIAP+" by preference

although we might make that "LGBTQIAPN+" in the future, to explicitly include nonbinary folks in the initialism

Redraft edit: The question is "how many of y'all are queer?" and we wanted to include an option for people who explicitly aren't but are explicitly 🏳️‍🌈.

@packbat thanks for the answer, not quite very clear for me but I think it's ok to not get some points. Good evening !

@packbat I haven't seen the 'P' in the acronym before. What's it for?

ETA: Is it for polyam?

@stelepami Pan or polyam, yeah. Or polysexual, but those two are the ones we think of first.

@packbat I thought it might be pan but I categorize that under bi(+) so polyam/sexual makes more sense to me.

@stelepami It actually occurred to us yesterday-today-ish that the list of letters is kinda like terms in a code of conduct: we're not going to include every group whose rights we need to support, but by including a lot, we communicate that we are taking the scope of what we're discussing seriously.

So, like, does the B include pan people? Maybe? Heck, you can argue it includes ace people - a lot of us saw ourselves as bi because we had a similar level of interest in men and women. But we're gonna include the A and the P anyway, because we can and we want to put ourselves down explicitly as saying, "yeah, they're valid".

@packbat is it too much to ask for clarification on the difference between LGBTQIA+ and Queer?

@Morgan Request for clarification is fine!

They're both umbrella terms for the same community, but a lot of people in the community reject "queer" as a label for themselves - so if we'd just offered "queer" as a choice, we'd force those folks between choosing a label that they reject and a label that makes them sound like they don't belong.

@packbat I see. I assumed that was the case but I wanted to ask just to be sure.

For the record I did pick queer.