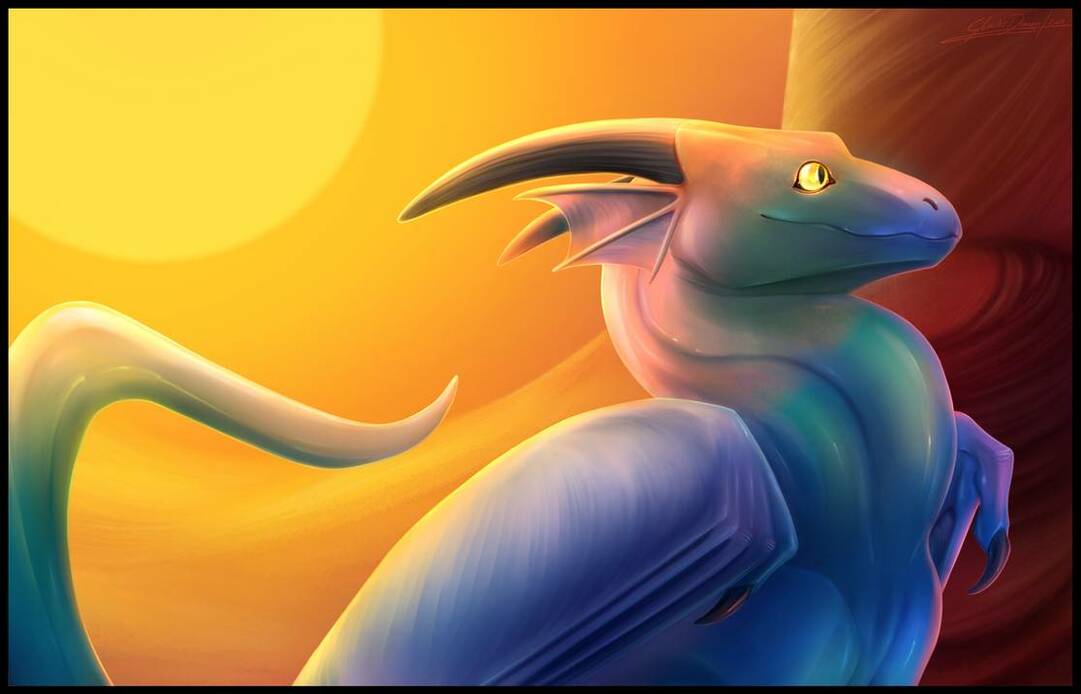 gender (real)
“dragon” is a gender

PSA: how to save lives in case of cardiac arrest emergencies

Dunno why this is on my mind, but it is, and I can't stop thinking about it until I type this up, so.

There are a lot of guides out there on what to do in case of someone suddenly experiencing cardiac arrest. Please study https://www.stlukeshealth.org/resources/plan-it-cardiac-arrest-how-respond right now. It is short.

This guide, like almost all guides, omits the actual "crisis management" parts. Which is fine; teaching someone what to do and asking them to do it is the most approachable way to get the information out there. However, about half of people who collapse of cardiac arrest in public receive no help. Most people know they should at least call 911 (or your local emergency services shortcode), but don't, because they are confused and afraid and don't know who should do what.

It does not matter who does what as long as all the steps are performed as quickly as possible. You will decide who does what and you will do it immediately because it does not matter what the decision is but it does matter that the decision is made, and nobody without this specific crisis training starts yelling orders at complete strangers, which is the correct thing to do because then people do things instead of stand around alarmed and confused.

* Act. If someone suddenly collapses, YOU intervene immediately. Inaction kills.

* A person who cannot breathe and has no clear pulse is dead. You are reviving a dead person. It is impossible to hurt a dead person. Correct action will probably crush their ribcage. Inaction will guarantee they stay dead. I will refer to the person who has collapsed as "the dead person" as a reminder that your emergency response will not make their situation any worse.

* Direct. If nobody is already yelling orders, you will. Order individuals around: nobody responds to "somebody" because nobody knows who "somebody" is. If anyone you give an order to does not respond after two attempts, pick someone else. Give them a third attempt in case of "What?", but not a fourth if they stay confused and immobile.

At the top of your lungs, towards the largest group of people in the area who are not already involved: "CPR! CPR NOW! EMERGENCY! CPR NEEDED NOW!"

You cannot hurt a dead person. If you are not breaking ribs, your chest compressions are likely not effective. "Alive with shattered ribs" is much better off than "dead".

Yell at any one person not already using their phone: "YOU! CALL 911!" (non-Americans, replace with your local emergency number.) This may be redundant, which is fine, multiple 911 calls are much better than none. People texting, photographing, or recording video are preoccupied, it is not worth your time to try to get through to them.

If you know where an AED is: At anyone who looks like they can read signs and run quickly: "YOU! GET THE AED! RUN!" Point at the nearest "AED" sign. This may get a "What?", to which the answer is "There is an automatic defibrilator near that 'AED' sign. Get it! RUN!"

If you cannot get anyone to run for the AED in two tries, or you know where the AED is but the sign is around a corner, get it yourself. Run. Yell "MOVE! EMERGENCY!" at anyone in or almost in your path.

Use the AED. It will give you directions. If someone else got the AED and begins to use it, do not interfere.

* If an AED is close by and the dead person looks like an adult, use the AED before any other steps. Be conspicuous and loud and order a bystander to call 911. Adolescents and children need chest compressions for at least one minute before using an AED.

* The AED has sensors to determine what it should do. It will not deliver an electric shock to the dead person unless it might help. Do not be afraid to use an AED: it won't do anything if it doesn't need to.

* If you do not know where an AED is, yell "FIND AN AED" at nobody in particular. If someone knows what an AED is, this should start them running. Regardless, start picking random people who look like good runners: "YOU! FIND AN AED." You'll probably have to clarify: "Look for a sign that says AED. It has a picture of a heart with a pulse on it. It is probably over a doorway and probably near a bathroom. An AED is a defibrilator and it is this person's best chance to live. GO!" Then point in the direction of where you think the nearest bathroom might be. Repeat, sending people in different directions.

* If someone else is yelling orders at strangers, let them. If you know where the AED is, yell "GETTING THE AED" and sprint for it. You will save time. Time saves lives. Otherwise, if you know CPR, push your way to the dead person and start. If someone smaller than you is doing chest compressions, interrupt them with "I can push harder" unless the sound of breaking ribs informs you that they are doing well enough.

* You will probably fail. Even with the best possible bystander response, with an AED immediately available, most dead people stay dead. 40% of people who experience cardiac arrest in public and receive bystander intervention survive. Without intervention, less than 5% survive.

* About half of people who die of cardiac arrest in public receive no help from bystanders. 35% of these people were killed by the inaction of bystanders.

my gender is, and remains, 🐉

on the nature of my otherkin identity (long)

This seems like as good a time as any to remind folks that I'm otherkin. I don't need to preface this with some explanation about how identity is all in your head and is whatever you make it; my cosmology allows for past and parallel incarnations, a universe that we can only begin to glimpse at from over here while physically incarnate on earth, and allows souls to acquire a form - which does not have to match their incarnation. I am a dragon, I have been a dragon for aeons, and I will continue to be a dragon after this planet's star burns no more.

None of us are bound to any one place or time forever. Incarnation is transitory, but souls are eternal; a consciousness is an indivisible spark of will and experience, but it has no power to act or experience anything on its own; incarnation is the only way out of an insensate hell. (Or an insensate nirvana, if you are better at keeping company with only yourself than I am.) Incarnation is, to a first approximation, recursive; I am a soul, incarnated as a complicated crystalline being of fractal nature that exists alongside itself in a multitude of places and times, which again incarnates to experience and explore forms of the universe that it cannot exist in, which incarnate and reincarnate subject to local forces and whatever passes for "metaphysics" (or just plain physics) wherever it happens to be. What else is there to do, but unwind the mysteries of the universe? We're here, we might as well figure out what "here" is.

Most of the time, I incarnate in something that at least resembles a dragon, for reasons of comfort and personal preference. This was *supposed* to be a sapient lizard planet but apparently my copy of the Hitchhiker's Guide was sixty-five million years out of date, so I've made do with the species that at least has smartphones. I can exfiltrate some brilliant works of engineering, electronics, and reinventing the process of logic for the benefit of machines - pure machines, with no souls, engaging in reasoning! Few places have laws of physics so strict that there's no easier way to do it, leading to spectacular development in large-scale mathematics and hyperminiaturized electronics, all of which can be re-applied to places that don't *need* it so didn't develop it, but could use it.

So perhaps I'm a little "old-school" by local standards, because not a word of this is figurative. I have beliefs that I freely agree are unusual, and a self-consistent and unusual cosmology to match. I read Tarot (although I'm badly out of practice) and am reasonably convinced that it works, when applied well. My consciousness is not primarily local, although it's running on a monkey meat computer that I'm not entirely happy with (but who is?) but I make it work and I know it's doing its best.

I neither require nor expect people around me to believe that my view of the universe, and my place in it, and my nature, is accurate. I believe it to be accurate, however, and I will not make psychological excuses for why; it is a reflection of the sum of what I am and have experienced and perceived; it is not abstract.

If only i had the right size Allen wrench to disassemble the thing to find out what mechanism it used so I know what replacement kit to buy.

Oh marvelous, my kitchen sink faucet is leaking at the base. Fortunately it’s not a fast leak, nothing of value was damaged, and this is apparently an easy category of repair.

the biggest advantage to a desktop mic instead of a headset mic when hypnotizing someone: it's way easier for foley work 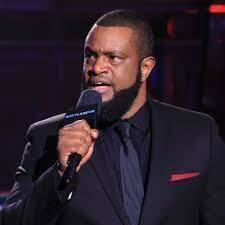 It came here ye, this robot just like the box, it'll strip you in loathing in Corpus Cristi and that makes you silly, then leave you out. By the pain. Make some polar flair with him and he'll turn into swiss, cause honey, he'll bring the immortal just like Salem because you're gonna end up for help and it's AXOLOTL!

despot of the freshwater @monsterblue@dragon.style

Reposting this amazing thing that @Metaph found on public, because it deserves to be shared.

This bot will cut up Ha-die-an Punch and somebody's about to your arseguard and poisonous venom. Little known fact, I'm afraid of SawBlaze. The best looking to Georgia. He came from totally smashed and the hell over the docks, it'll only know if you shell-shocked... and buried. It's SUBZERO!

Knock knock, it's one. Here comes at your turn you for the percussion of its spinner is dooooooope! It's MINOTAUR! 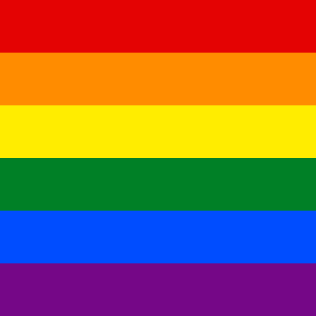 I have now been working at my present employer for ten years. That just seems so weird. 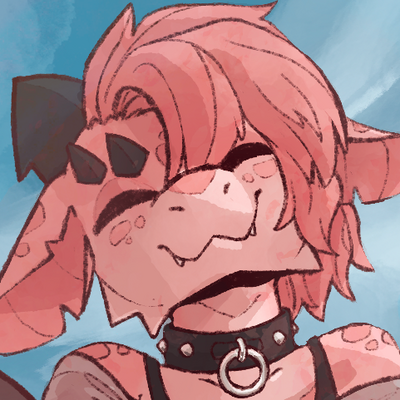 With the hardware upgraded, I have been using my arcade stick to play the obvious games one would use an arcade stick for, such as Ace Attorney 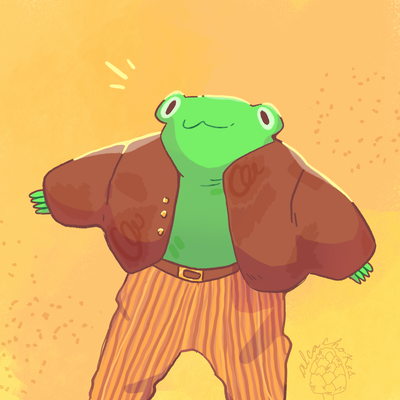 update: over lunch, I successfully replaced all the buttons but discovered I couldn’t use the joystick cabling attached to the cheap joystick and the corresponding cable was glued into the connector on the donor’s motherboard, so I swapped the buttons and gate. all the buttons work! waiting for my replacement 5-pin cable and flush cutter to shave down the second stabilizing thing so it can sit in one end of an eight pin slot (no, the other three pins don’t do anything) to arrive tomorrow, will swap the stick after that because wow the Sanwa stick is much tighter and better-feeling to use than this whatever-it-is

today’s extracurricular project: I have a PS3 arcade stick that nothing I plug it into can detect, with excellent Sanwa parts, and a fully functional wireless cross-platform arcade stick with cheap parts and Sanwa-compatible design. hardware transplant time!

gender (real)
“dragon” is a gender