I'm a 300 year old moth-dragon from Cymru, currently in a dimension of giant mushrooms

*sips some tea and watches the rain*

bepis? oh, its actually a greek root, so it should be bepopodes

Years ago you found a baby dragon that had been abandoned. You carefully helped mend its wounds and taught it to hunt and survive on its own. Now, it just sits at home and plays video games all day. You try to convince it to get a job terrorizing villages or something like that.
#writingprompts #writing

Berqli (pronounced "Berkeley") has a complicated past that I'll explain later, but for now here's how he looks. I'll spend some more posts in the coming days talking about him.
https://dragon.style/media/1GIwtEFSTFW9zXGaD-4

#introduction
#introductions for the new folks! I'm Merino, a brass dragon. I live in a cave in the Negev with a big hoard of yarn, knitted things, and #knitting supplies. Also sometimes my friends @Pyrite and @gwyfyndraig . Come drop by if you ever want a cup of #tea.

I always want to put giant mushrooms in my worldbuilds

do you have something like that, that you always want to include?

update: I've been told it's because of that

every instance seems to be wigging out at the moment...

I can't see any toots in my home timeline here, although maybe that's because I haven't had an opportunity to log in for a month and a half

Mad body-shaping science is well and good, but at the end of the day sometimes all you want is a comfy couch, a glass of your favorite beverage, and a kitty.

the climate of the fantasy world I'm building is very strange - the world is not a sphere, but is perfectly flat, so there are no poles to be cold nor equator to be warm.

instead, the climate spirals out from a central point, in increasingly large patches of alternating cold and warm.

This spiral pattern continues, getting larger and larger - so ships that travel out into the endless seas must either be prepared for both kinds of weather, or must follow a spiral.

There are only 2 seasons in this world: the "extreme" season and the "mild" season.

The reason for these weather patterns has been much debated by scholars and philosophers over the centuries. Some claim it is merely the natural way of things. Others claim that is a blessing (or a curse) from the gods.

Others still blame the kobolds on the shaped islands - after all, their islands are in the centre of the spiral, and were carved to exactly match the temperature zones. Extensive digging projects have found nothing, however, and the islands were carved centuries before recorded history.

this entire thing should have been tagged with #worldbuilds #worldbuilding #cartography

*spends a while just looking at the stars* 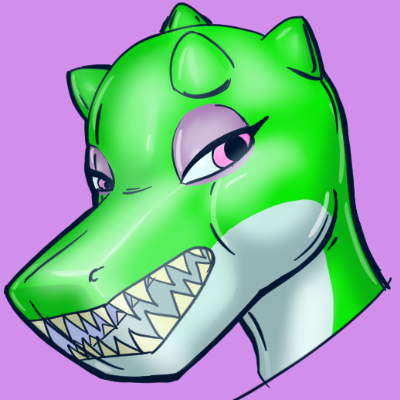 well now how do I get out of this? https://dragon.style/media/lciONDr-mPxok_H4XnU

I preen my wings, then pull you close with them, pressing you against my fuzzy side

@Canageek I made it by hand, following this:

1. Print off some hex paper
2. Draw approximate shapes of the continents along hex lines
3. erase 3-6 hexes, redraw with details
4. if it looks crap, redo that section
5. repeat 3-4 until the entire map is done
6. scan
7. trace over the drawing in Krita

attached is the map as it looked after step 2 https://dragon.style/media/AkRWxIsuuDYamfhRKcc

the weather of this world is shaped like a spiral, alternating between zones of coldness and ice and zones of warmth and humidity, with the spiral centred on the middle of the map

* The seas beyond this map are endless in every direction - there are occasional islands, but no other known continents
* In the middle of the map, you'll notice a C shaped island with some smaller islands poking out of the inner curve.These islands are perfectly curved - this is not the natural state of them, but rather the result of a several hundred year project by the kobolds who live there

I haven't got many details of the cultures or anything yet, but now I have this map I can more easily work things out.

Each hex in the map is ~250km across, meaning that this map has a total area of

I'm a 300 year old moth-dragon from Cymru, currently in a dimension of giant mushrooms