about this account, read this if I've unfollowed or softblocked you or blocked your domain, all's well

My public creative works (such as my comic & books that I write) & my community-oriented activity will be on my other account, @frameacloud@weirder.earth while this account will be strictly a quiet place where I talk with a few of my friends sometimes.

Since I'm not interested in having my public posts from this particular account spread far, I've taken a few actions to help this feel like a quiet place for me:

2. I've turned off boosts (echos), so that I only see posts written by my friends themselves.

3. I've blocked a bunch of unrelated Fediverse domains. If you find that I've blocked your domain, that's probably why. I don't have any ill will against those domains or the good people on them. I'm just turning down the volume in this particular social media space.

Yep, love it! It's the most famous example of language experiments of this kind.

What site blocker are you using? That sounds healthy for me to use too. 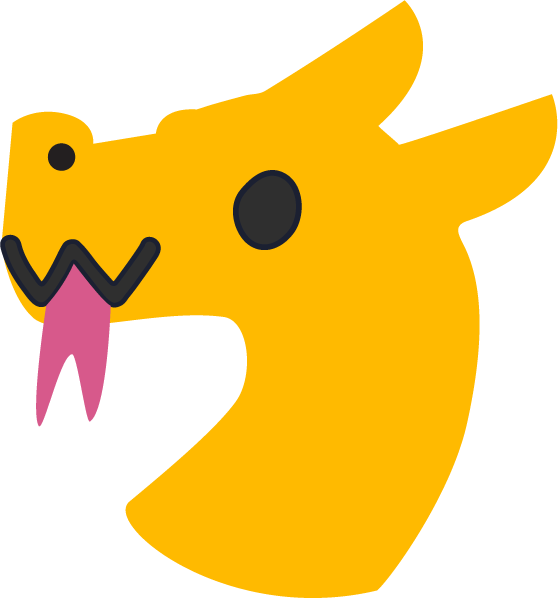 This explains why Komodo dragon parthenogenesis babies are male:
https://en.wikipedia.org/wiki/Komodo_dragon#Parthenogenesis

This article was just published a few months ago. It has a detailed timeline of voice changes.

I just decided my weirder.earth should be my art account, while my dragon.style should be my personal account.

It would be cool if more of us therians and otherkin started making our careers in developing technologies for the morphological freedoms that we want.

I look forward to any scientific progress that folks might work toward in that subject!

Just posted today, "Cast, page 1" is the newest page of Theri There, my comic about therians and otherkin. You can read it (with accessible transcript) and write comments at:
https://therithere.dreamwidth.org/22641.html

oh wow, that is exactly how I feel about hand-knit socks that I've been given.

using your hat to feel your way, like a cat's whiskers 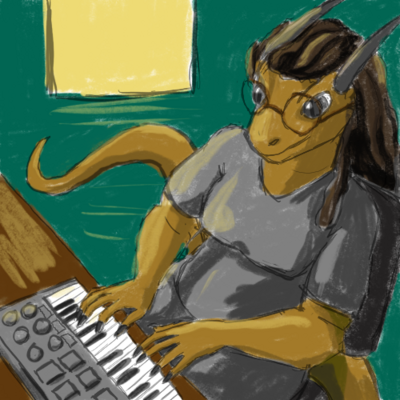 We're in the last 31 hours of the "TTRPGs for Trans Rights in Texas!" bundle - there's tonight and tomorrow and that's it.

mercy, those are some not ideal source citations

stuff to do in portland; cut for length

"Stop!! Hibari-Kun" is a romantic comedy anime series with a trans woman protagonist who is written well, as this fan describes; your friend might check out some other anime this fan writes about too: https://comicsbyxan.com/comic/hibari/

If your friend is interested in documentaries too, "TransGeneration" is a documentary series that follows several real trans women and trans men during a year of college. It's generally a positive experience that ends on a happy note. The most depressing/triggering things I recall about it is that it mentions that one person attempted suicide at one point, but they don't go into further detail about it, and she recovers from it okay. There are occasional encounters with transphobia from family and institutions, but iirc none of it takes the form of violence.

I'd also recommend the following two romantic comedy movies about gay drag queens, which have no characters who are specifically described as trans, but they're not depressing, and nothing really bad happens to any queer characters. They're *really* feel-good movies with queer protagonists, where everybody lives happily ever after.

"The Birdcage," about a gay couple (one of whom is a drag queen) who own a gay nightclub, who get asked by their son to temporarily pass as straight. It has a few scenes using morbid humor, but they don't come off as being genuinely disturbing.

"To Wong Foo, Thanks For Everything! Julie Newmar," about drag queens who get stuck in a rural town in the middle of a road trip. It has several serious not-supposed-to-be-funny scenes about domestic violence, bad cops, family disownment, threats of sexual assault, and homophobia! But the bad guys who perpetrate those things generally get comeuppance, and the good guys are completely victorious.