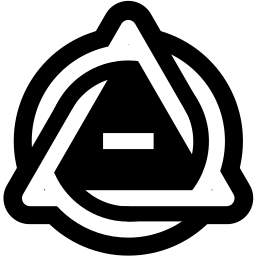 Anyone know of good Linux distros that are beginner-friendly, but aim to expose the user to and teach them about what makes Linux different from Windows, rather than paper over it in an attempt to be "familiar"? I could have sworn there was one with a built-in command line tutorial or something that I heard about a while back, but I forget what it was called.

This wouldn't be for me. It would be for someone who could easily contact me with questions if they need help.

Wow, I was just making a list of different beginner-friendly LInux distros yesterday! I don't remember seeing anything about a built-in command line tutorial, though. That tutorial sounds cool, so if you find it, ping me!

* Elementary OS. Its design philosophy is immediate usability with a gentle learning curve. Its default desktop environment closely resembles MacOS. I haven't looked into this one much, but that elevator pitch makes me wonder if this might be the one you were thinking about?
* Kubuntu. Mostly differs from Ubuntu in graphical applications and tools.
* Linux Mint. This one also sounds like an especially likely candidate to be the one that you were thinking about, because its site has a lot of beginner-friendly explanations about what makes Linux different. Its default desktop environment looks like Windows, but you can choose other variants instead.
* Lubuntu. Its default desktop environment looks like Windows XP.
* Peppermint OS. It's cloud-focused, for netbooks that are always connected to the net, saving space by using web apps.
* Pop!_OS.
* Ubuntu MATE. Of all these, this one does the best at making older computers usable, which is one of its main goals. Yesterday, I installed it on a family member's laptop from 2010, and I'm really happy with how it turned out!
* Xubuntu. It uses a more lightweight desktop environment than Ubuntu.
* Zorin OS has three versions: Core (general purpose), Pro (paid), and Lite (for older computers).

Awesome, thanks! I knew about some of these, but I'll look into the ones I didn't.