The "trans" in "transgender" is Latin for "across to the other side." "Gender" means "kind," and it's related to the word "genre."

In Latin, the antonym of "trans" is "cis," meaning "staying on the same side." That's how we get the antonym "cisgender," meaning someone who is not transgender.

Maybe if you were writing a queer fantasy story with old-timey language, transgender and cisgender could be called thitherkind and hitherkind?

This is a kind of wordplay that I've been interested in for years. Here is a newly rewritten version of something I posted on Mastodon a long time ago, about constructing queer jargon from archaic English, plus some examples of historically real archaic English words for trans and intersex folk.

I made up these LGBTQ identity words show what it would be like if the words were built only from native Germanic English roots, instead of from Latin or Greek loan-words:

Some constructed words for sexual orientations:

sexual orientation = drawing or faining (fain is an archaic English word for desire; see https://www.merriam-webster.com/dictionary/fain )
asexual = undrawn or unfaining
bisexual = twain-drawn or twain-fain
gay (in the sense of homosexual) = same-drawn or same-fain
gay (strictly in the sense of men loving men) = wer-drawn or wer-fain (wer or were is an archaic English word for a specifically male human, whereas "man" was a gender-neutral word for a human; see https://en.wiktionary.org/wiki/wer#English )
heterosexual = other-fain, else-fain, or else-drawn
lesbian = lass-fain, lass-drawn, lady-fain, lady-drawn, or wif-fain (wif is a Middle English word for woman; see https://en.wiktionary.org/wiki/wif#Middle_English )

Some words about gender:

Some words about nonbinary gender:

Building words from native Germanic English roots is a linguistic experiment that is helpful when you find yourself overwhelmed with what we think of as "long words," which are really words of Greek or Latin origin. Wikipedia gives several examples of writings that attempted to do that: https://en.wikipedia.org/wiki/Linguistic_purism_in_English
This wiki has a lot of resources for if you want to try it too: https://anglish.fandom.com/wiki/Main_leaf

Even if words have the same number of syllables as a native English word, they can feel longer, more difficult, more intellectual, unnatural, and/or more modern because they don't perfectly fit in with the rest of English.

And now some real, historical, not-made-up, archaic English words for gender and sex variant people, since naturally we did exist in early English history:

bæddel, or bædling. This is a historically real Old English word for effeminate men and intersex people. During that era, the word was-- or came to be used as-- an insult, so much so that it might possibly be the origin of the word "bad." (The Merriam-Webster Dictionary acknowledges the possibility, but says "bad" more likely came from elsewhere.) Since 2014, there has been a movement of trans women taking up the word "bæddel" for themselves, because the word shows that trans women have always existed, and that sexism against trans-femininity has been a big part of culture for centuries.
https://tonidorsay.tumblr.com/post/81656480254/what-in-the-7-hells-of-westeros-is-a-baeddel
https://medium.com/@gfgfgf/lets-talk-about-b%C3%A6ddelism-67050054b8f0
https://www.merriam-webster.com/dictionary/bad

scrat, or scritta. From a historically real Middle English word, another form of the modern word "scratch." The form "scrat" survives in some modern dialects. This has been used in family records and legal documents for intersex people. People breeding livestock also used it for animals born with intersex conditions, too. One of the English nicknames for the Devil, "Old Scratch," has to do with demonizing pre-Christian forest spirits that shared this name. (They were sort of like fauns or elves.) Other Germanic languages have cognates for scrats, including the connection between nature spirits and human intersex conditions. That may reflect pre-Christian attitudes where gender and sex variance were seen as sacred. This aligns with a common historical pattern of sacred sex and gender variance being demonized, as described in Leslie Feinberg's "Transgender Warriors."
https://en.wiktionary.org/wiki/scrat
https://www.etymonline.com/word/Scratch#etymonline_v_22976
https://en.wikipedia.org/wiki/Skrat
https://blogs.loc.gov/folklife/2014/08/the-two-first-folk-lore-columns/

wæpen-wifestre, or wæpned-wifestre. This is a historically real Anglo-Saxon word. Wif meant woman. Estre was a feminine suffix. Wæpen (weapon) or wæpned (weaponed) were equally likely to mean having a sword or a penis. (Please tell old England that using the same word for both swords and penises reflects a tasteless attitude about sex.) This word was used for gender non-conforming people of that time. It could have been used for a woman warrior who wields a sword, a trans woman, an intersex person, or nearly anybody who was thought to have both male and female characteristics.
Here is where it appears in a dictionary from 1838: https://books.google.com/books?id=YIALAAAAMAAJ&pg=PA435&lpg=PA435&dq=weapon+wifestre
This talks about it in context with Beowulf, in regard to Grendel's mother, who was a monster or a woman warrior: https://books.google.com/books?id=MsGDel51uIsC&pg=PA93&lpg=PA93&dq=

@frameacloud oooo, that is very fun!

@frameacloud wow, I love this @frameacloud If wer- was specifically "male", does that mean wo- is analogous for "female"?
Now I'm wondering if "wo(e)wolf" is valid terminology, and also about an alternate history where we had "werman" and "woman" as terms instead...

In Old and Middle English, the counterpart of "wer" or "were" (meaning "male man") was "wif" or "wife." That meant "woman," not "female spouse." Our word "woman" comes from the word "wifman." Historically, the word pair was "wer" and "wifman."

"Werman" seems like it should have existed in history, but it maybe didn't?

You would think a woman werewolf ought to be called a wifwolf or wifewolf, but historically they were never called that. "Werewolf" has a masculine etymology, but is gender inclusive in practice, which happens a lot in English. "Wifwolf" would be a new coinage for fantasy, if one feels the need for it.

Wolf shifters in English folklore tended to be male, but there were female werewolves in other folklore in Europe. And maybe in the British Isles, iirc. That seems to have had to do with gender divisions in pre-Christian spiritual practices, as far as might be determined from medieval witch trials, which tended to execute only men for being werewolves, though testimonies from those trials are not reliable because they were produced under duress, to put it mildly. Here's an unusually nice one where an old Livonian man proudly confessed to being a werewolf, without any duress, and wasn't executed for it, and his story sounds genuinely likely to be a description of an old shamanic practice. 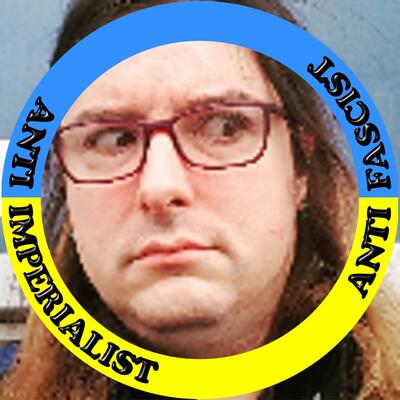 Yep, love it! It's the most famous example of language experiments of this kind. 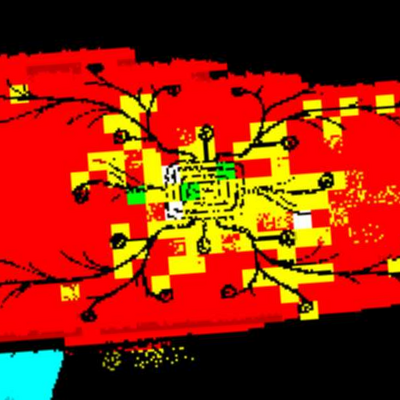 @frameacloud This feels like something that might be used for fairies too. There is definitely options regarding changelings too